Her family also managed Pioneer Harbor and were boat dealers. Susan learned to sail at an early age and grew up “messing about in boats”. Susan attended the University of Wisconsin – Madison where she sailed with the Hoofers Sailing Club and graduated with a Bachelor of Arts degree. She earned her American Sailing Association instructor certification and taught sailing.

The Williams family expanded their marine business to Miami Beach, Florida, in the mid-1980s. Susan moved to Miami and met her future husband, Captain Bob Everhard when she hired him. Three years later they were married on a classic yacht in Miami Beach. They eventually took over the family business, managing an average of 35 cruising sailboats and trawlers, which were chartered for trips to the Florida Keys & Bahamas.

Bob and Sue also became Florida-licensed yacht brokers and boat dealers for Hunter Marine, Mainship Trawlers, and Jeanneau sailboats on Miami’s “South Beach”. They also expanded the charter fleet to Key West and Marsh Harbour, the Bahamas.  After 25 years, 3 kids, and countless boating adventures,  they sold the business and moved back to Oshkosh where they have other businesses.

They founded Elektra Cruise in 2021 when they bought a new Duffy Sun Cruiser 22 electric launch. Now heading into their second summer, they moved to a new location at Fox Harbor Marina, 1000 Bauman Street, Oshkosh. The Duffy appealed to them due to its eco-friendly, quiet, electric operation. They are also members of the Oshkosh Yacht Club, and EAA Chapter 252.  They support local environmental groups, such as the Sierra Club, Winnebago Audubon, and the Fox-Wolf Watershed Alliance.  Capt. Bob has a USCG (100 ton) captain’s license and Sue earned a USCG 6-passenger license. They would be happy to answer any questions and look forward to hearing from you. 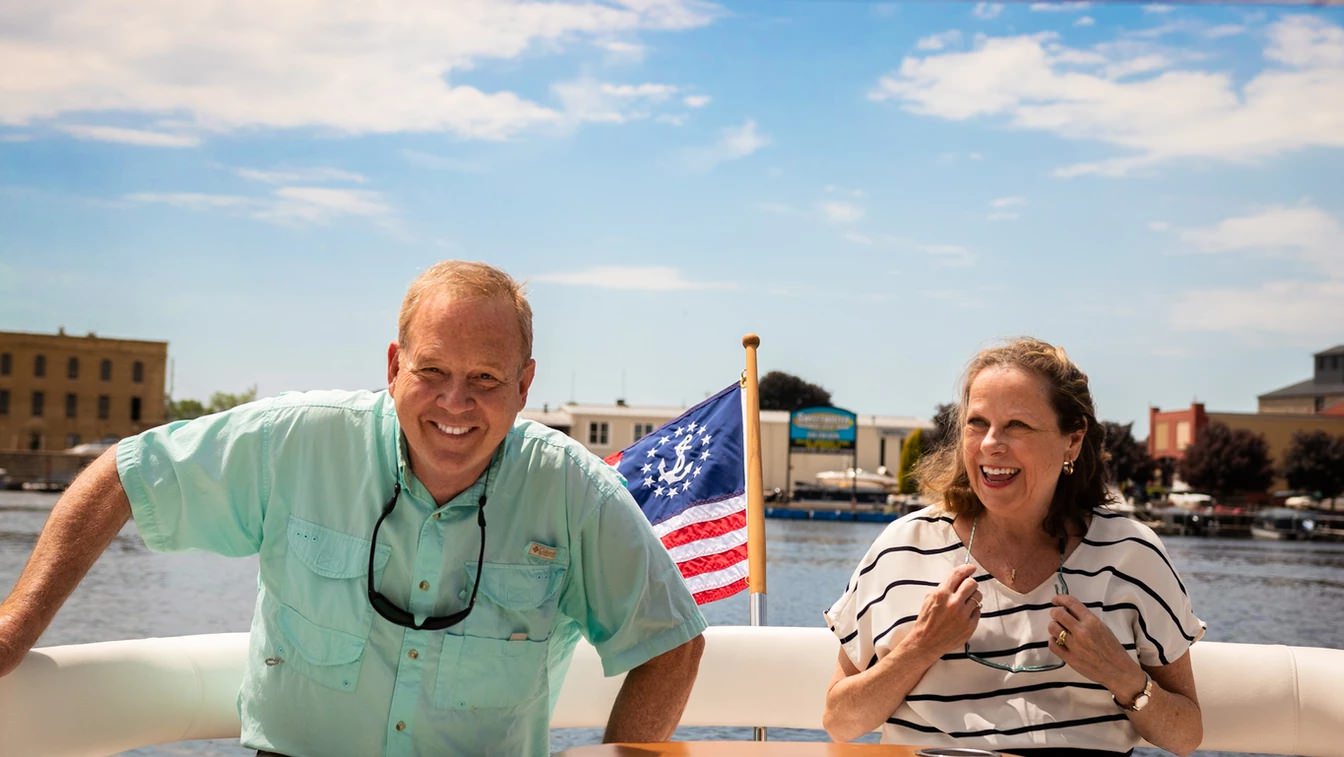